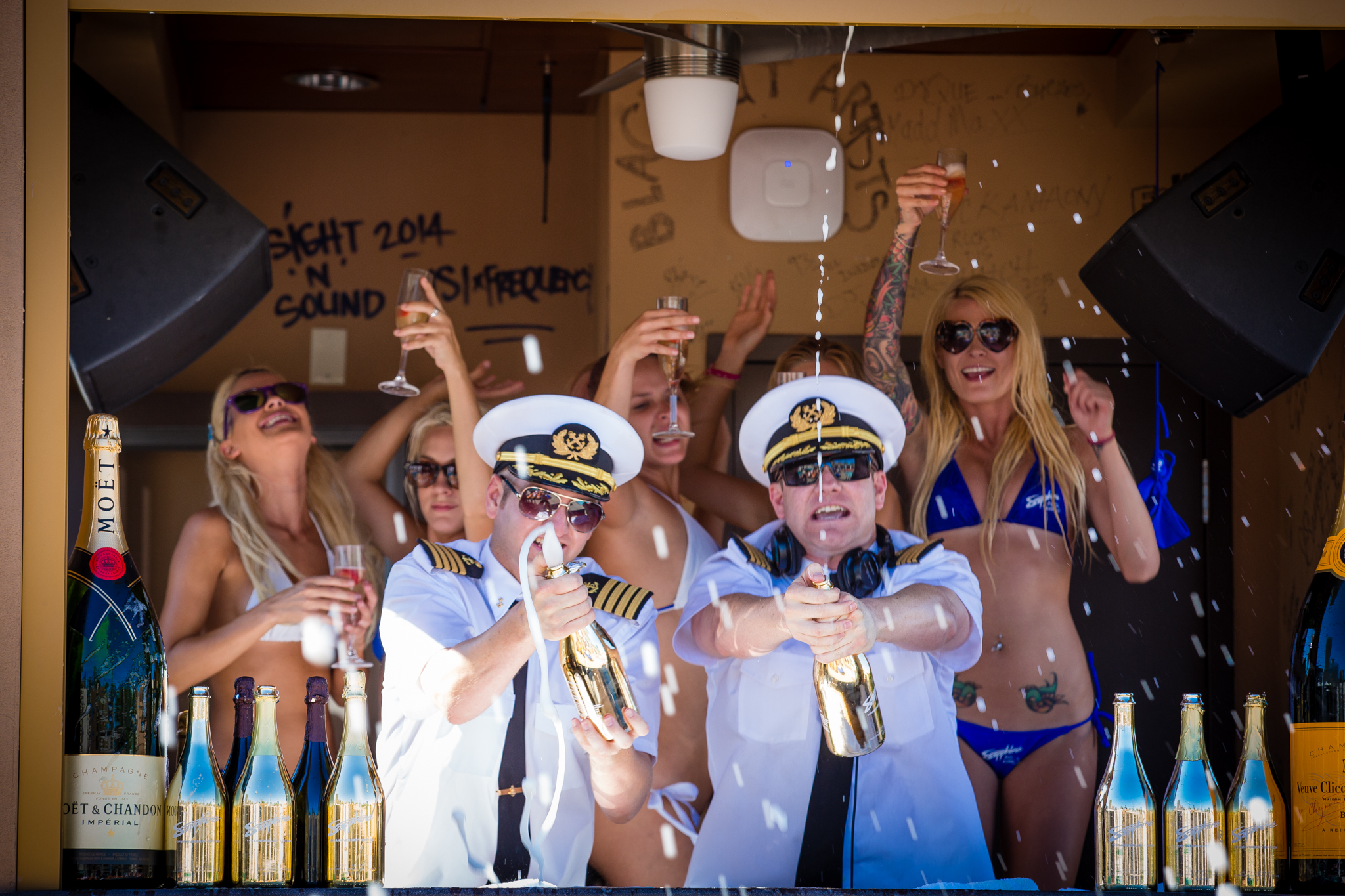 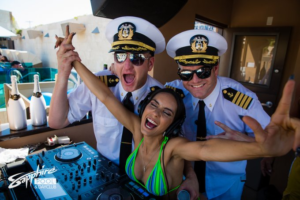 “Brothers Danny Boy and Jimbo (Dan and Jim Kehoe) make up the beat-heavy musical/MC duo, HardNox. They began their music careers as DJs in the Bay Area of California. Growing as DJs and club kids in the musically-diverse area, they quickly learned what moved a crowd and what would bring the party to a screeching halt. So after nearly seven years of spinning the same songs, they decided to push their creativity to new levels and make their own music.
HardNox represents the ultimate do-it-yourself work ethic. The Vegas favorites write, record, mix, produce and master their own material just steps away from the kitchen sink. But don’t let their pallid faces fool you; these white boys bring the bass and will blow your car speakers out the window. Lyrically, they manage to be both intuitive and hilarious, but mainly they just want people everywhere to forget their worries and go crazy.”

Do you have any additional questions about packages or you simply would like to get on Hardnox’s VIP Guest List for this weekend?!? Simply fill out the form with your information below and one of our team members will be in contact with you!

***Are you ready to purchase!? Pick a package below, Click the Yellow Paypal Button, and fill out your information!***

Take a look at what is in store for you at Sapphire Pool and Dayclub!