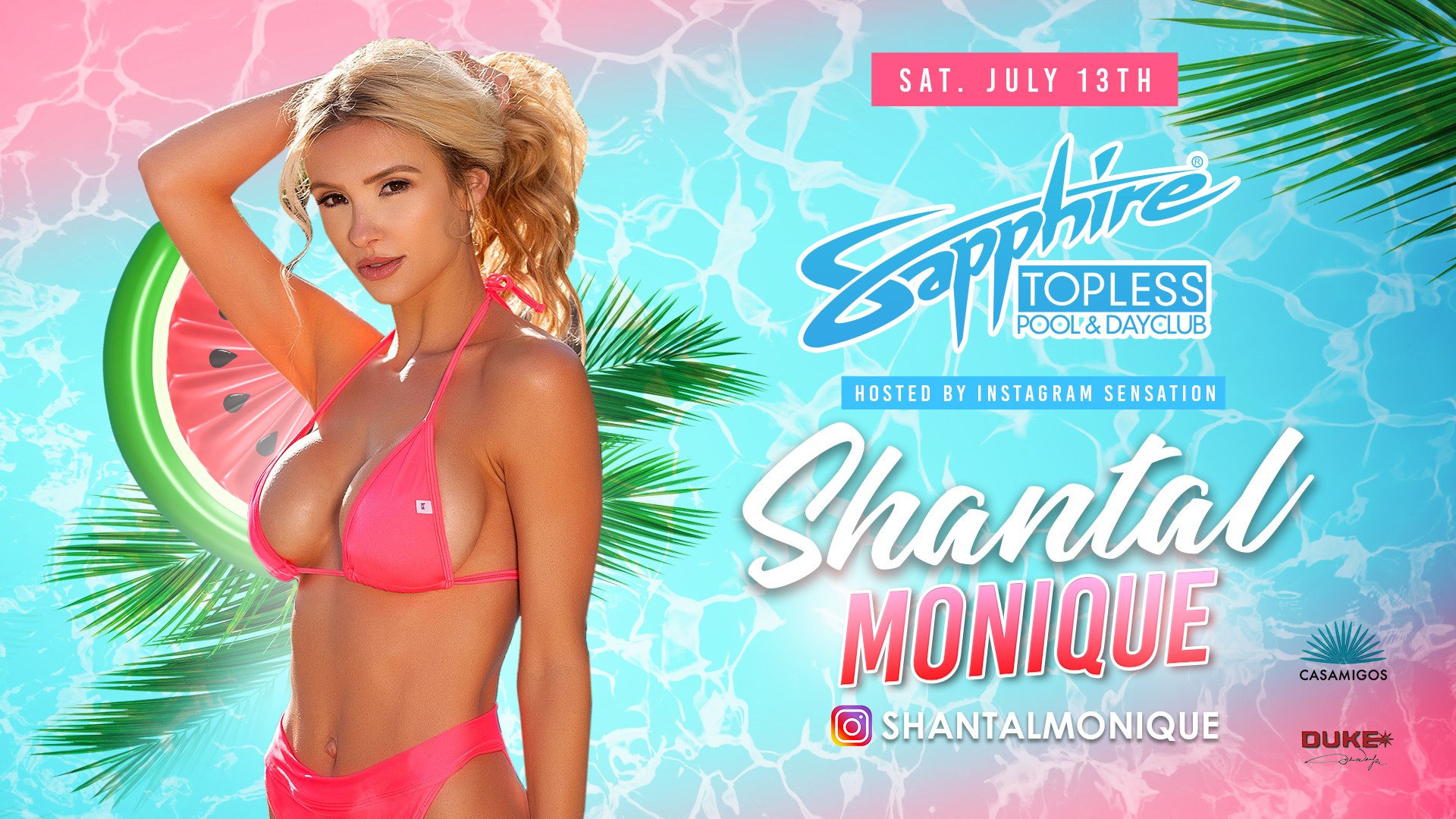 On Saturday, July 13th, 2019, Party with the beautiful Shantal Monique as she Hosts Sapphire Topless Pool and Dayclub! Call: 702.637.0790 to RVSP Your, Open Bar, Lounge Chair, Daybed, or Cabana Now!

“Shantal grew up in small town outside of Seattle. She always dreamed of being a model and actress despite discouragement. She began building her portfolio and moved to Arizona where she held several jobs while attending college. During this time she made the decision to pose for Playboy and described it as one of the most exciting days of her life. She went on to be featured as a Playboy Cyber Girl, appeared on Playboy TV and worked various events. Over the next few years she completed an Associates of Science degree and began attending Arizona State University where she studied Bio-Chemistry.

Despite Shantal’s love of science, math and dedication to her studies she had a strong desire to model full time. She began traveling to Los Angeles more to work on various projects, catalogs and events. In May 2014 she was named Playmate of the Month by Playboy South Africa and went on to become their Playmate of The Year 2015 and cover model of the Jan 2016 magazine. The edition was so well liked three other countries ran variations of the pictorials featuring her as Playmate and cover model.

Due to increasing opportunity Shantal placed her schooling on hold and relocated to the Los Angeles area. When she arrived she already had a 3M fan base via Facebook but merely 20K followers on Instagram. She quickly learned how to utilize the social site, made meaningful collaborations that have lead to more published work and expanded into influencer marketing. She now has a following of over 4.2M combined. Her favorite activities to do in her free time are spending time at the beach, swimming, hiking, camping, trying new foods and spending time with her family and friends. ” http://www.shantalmonique.com/bio.html