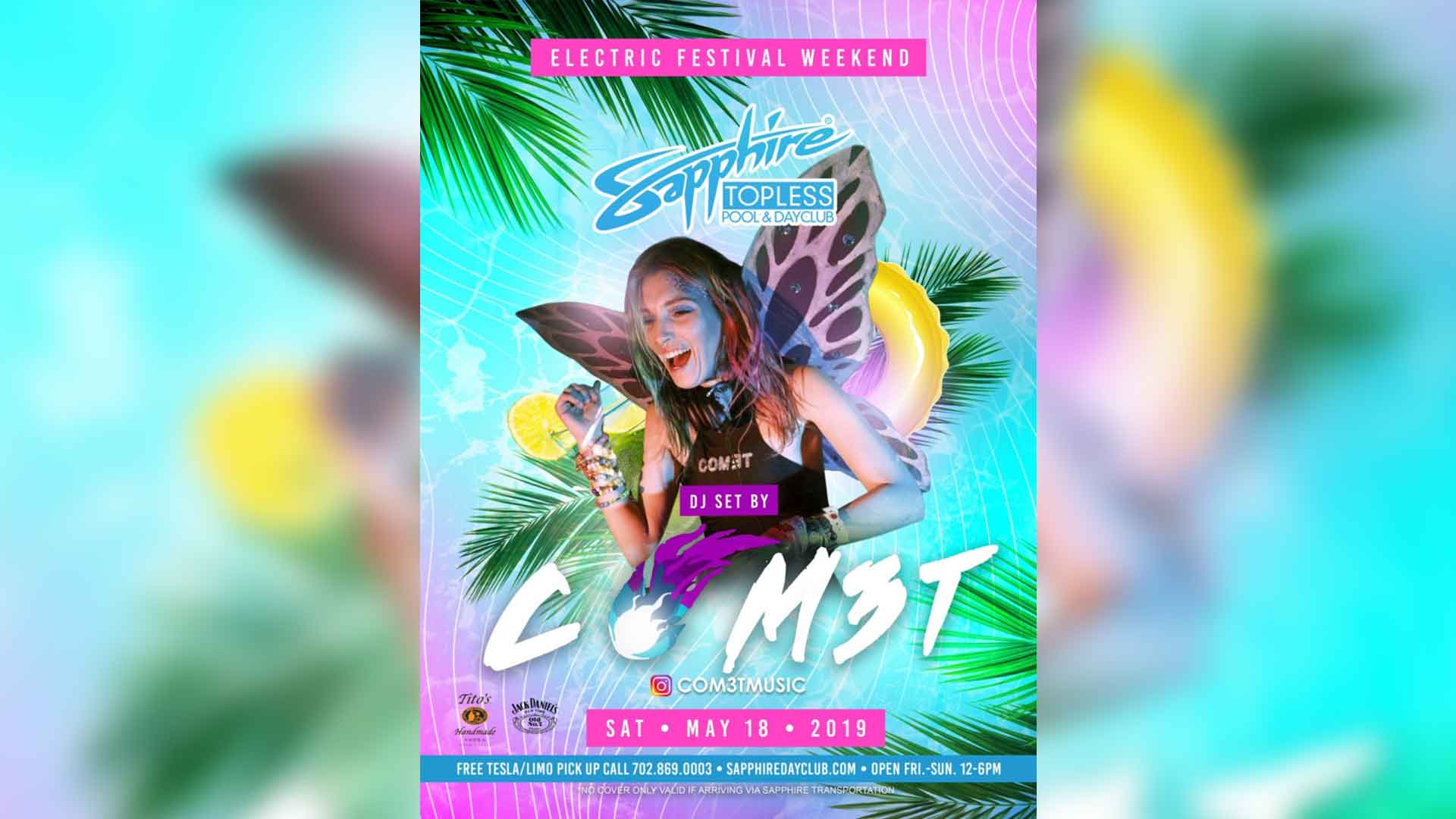 Saturday, May 18th, 2019, Com3t (DJ) aka Dani Thorne will Perform LIVE at Sapphire Topless Pool and Dayclub for our Electric Festival Weekend Party! Call: 702.637.0790 to RVSP Your, Open Bar, Lounge Chair, Daybed, or Cabana Now!
Dani Thorne (COM3T) is a 26 year old, LA based electronic DJ and Producer. Known for her colorful hair and clothing, Com3t is seen jumping around the stage and dancing behind the booth with her bright colored hair swinging about. Her sets are fast paced, genre hopping, and fun, and of course, full of bass. Dani describes making her sets as ‘waves’, she likes to control the body by taking you up, back down, and up again. She first fell in love with the EDM scene when she went to her first rave at 17. Over the years in SoCal, Dani became a true raver. She described performing at EDC as “raver dreams coming true”.
Besides touring and working on original music, Dani created a monthly series called Girl On Girl, where they feature female DJs going back to back. The performance is streamed live on social media and the mix can be heard on soundcloud. With the series, Dani plans to bring more recognition to female DJs and show their raw unedited talent. Playing festivals such as Snowta, Lostlands, EDC, and soulstice, she is becoming a staple in the electronic world, and guaranteed to make you dance